Hi! My name is Ilayda McIntosh, I am a freelance writer, journalist and photographer. I am currently an Arts and Culture Writer at GUAP Magazine, a Culture writer at The Common Sense Network and also freelance copywriter. I am a detail orientated, highly motivated and motivated individual who is passionate about journalism, and visual arts. My areas of expertise include current affairs, arts/culture and theatre. I graduated in June 2019 with a Bachelor (Honours) degree in English and Drama, achieving a Second Class (Upper Division) certification. Some of my previous work includes Metro, LinkUpTv, SheAspires, Red Bull, KyraTV, Kingdom Collective and Crepplug. I have previously interviewed the likes of Arinze Kene, Jessica Kaliisa, Yasmin Joseph and Tanya Loretta Dee. My photography specialises in portraiture, documentary and editorial photography. My photography work has also featured in a number of exhibitions in collaboration with GUAP Magazine, Shado Magazine, Vavengers and The Black Experience exhibition. You can find my photography portfolio @iilaydamac on Instagram or at iilaydamac.pb.online 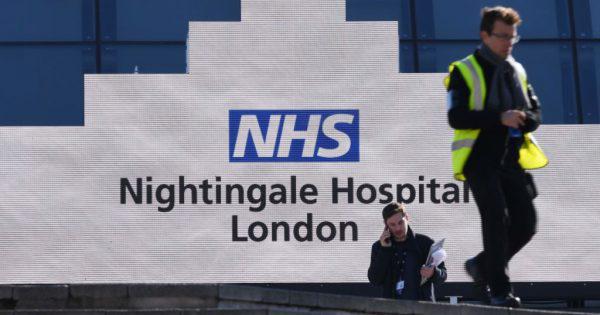 Why we're all socialists in a crisis

Unless you’ve been living under a rock, you’ll be aware of the global events that have been unravelling the past few months. Every day our reality is evolving into a surreal disaster movie, poorly directed by none other than Boris Johnson. The only exception between our current reality, and a real disaster movie? We can’t leave the cinema (or our homes). Aside from the awful tragedies and global challenges that accompany the Covid-19 pandemic, there is also an opportunity to understand true hum 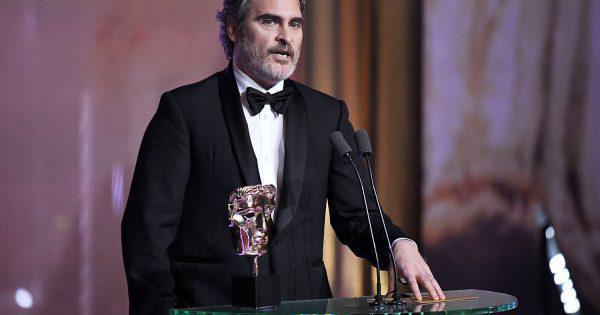 Representation, or lack thereof, at these award shows has been an ongoing hot topic for a very long time. The latest in the series of unrepresentative award shows comes from the weekend’s BAFTA awards. All 20 acting nominees at the British Academy of Film and Television Arts’s awards were white. Lupita Nyong’o’s astounding performance in Us was completely overlooked, whilst Margot Robbie was nominated twice within the same category. And the ‘best director’ nominations were all male, for the seve 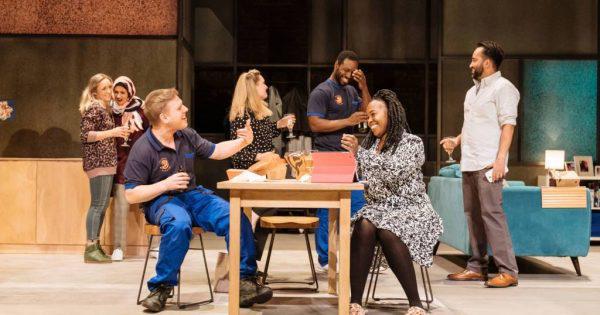 A Kind of People: can we explore race and relationships on stage?...

A Kind of People is a remarkably composed piece of theatre, providing a relevant commentary on the affairs of race and class in multicultural Britain. The audience are introduced to the tightly-knit friendship group, concentrated on the lives of the inter-racial relationship of Gary and Nicky, portrayed on stage by Richie Campbell and Claire-Louise Cordwell. Gary is black, and Nicky is white; they are both working-class. We experience their diverse personal community including a British Pakista 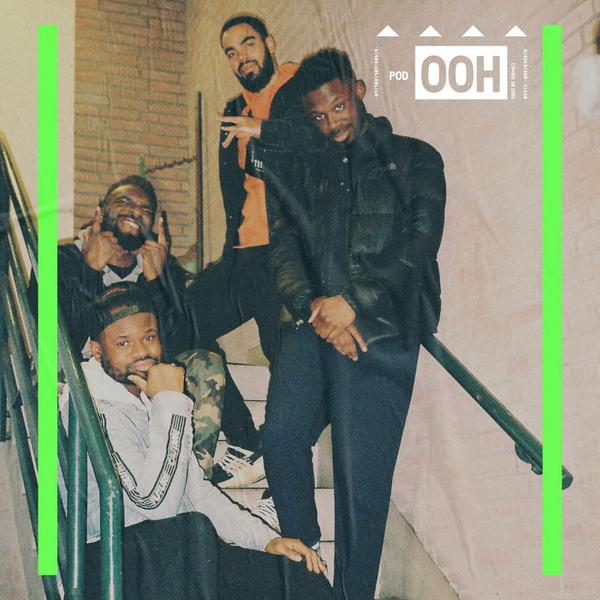 The Out Of Home Podcast [@ooh_dam] - Four Londoners Discuss Life, Community and Culture from Dam

We interviewed four Londoners who created The Out of Home podcast which discusses life, community and culture from Amsterdam. “Yaf, originally from south London, now living in Amsterdam. Working in the creative industry.” “My name is Kwame, Kwarmz or Papikwarmz. I think it’s evident with the names, that I’m all about themes. Born and raised in South London, my background is Ghanaian and I’ve been living in Amsterdam for about four and a half years now. I’m a copywriter working in advertising a

Blue Story: A Review - A Tragic Tale of Morality, Gang Culture and Brotherhood

Blue Story is the highly anticipated cinematic debut of writer/director Andrew ‘Rapman’ Onwubolu, the producer of the viral YouTube series Shiro’s story. Blue Story portrays the high octane, inner-city drama typical of Rapman’s cinematic style. The streets of south-east London are brought to the big screen in this sobering exploration of morality, brotherhood and the tragic implications of gang culture. This feature film presents the story of childhood friends Timmy and Marco, two young boys un 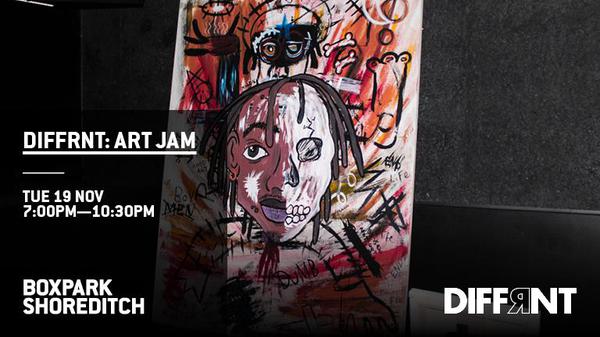 DIFFRNT: ART JAM is an event hosted by Boxpark Shoreditch that combines live art with music. The goal of the event is provide a creative hub, where music and art enthusiasts can mingle, create art and listen to good music. Attendees of the event are able to create artwork within a theme, as well as view a spotlighted artist of the night. The latest ART JAM event is within the theme of New Rap, and will showcase London’s best emerging visual artists accompanied by their art. No experience is req 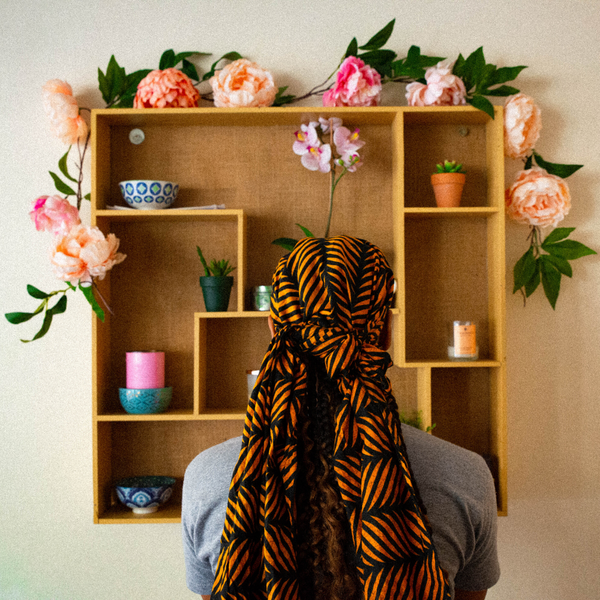 Crystal Joy first launched her Instagram Script Series in March, earlier this year. The series itself explores storytelling in the unique context of Instagram, and the format combines photography and a screenplay script. The follow up season was released last month, and tells the story of a young woman called Shayla, and her attempts to build an amiable life in between her two jobs. The series follows Shayla’s life choices, her challenges and the women who accompany her on her journey. “As an 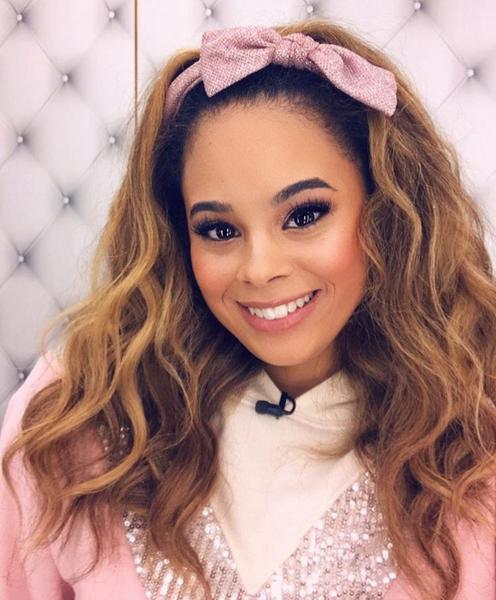 1. Please introduce yourself and how you got into the entertainment industry? “My name is Kiera-Nicole, I’m 20 years old born in South London. I’ve always had a massive ball of energy in me (then again my crystal is garnet and they’re known for being very energetic crystals). From the early age of 6 months old my mum took that ball of energy and formed it into what I recognised at a later age to be my passion, motivation, and dedication. Without my mum placing me into modeling from 6 months old 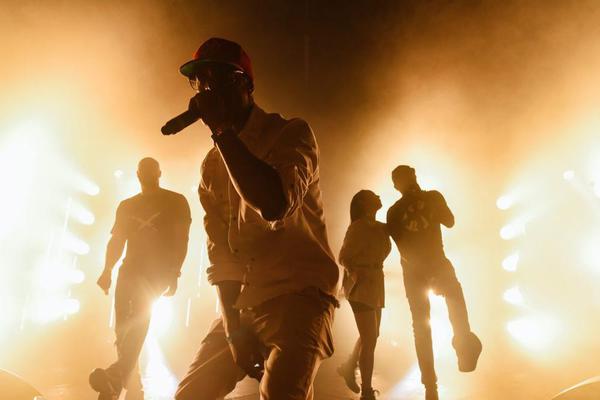 This summer, Red Bull Music Festival took to London for a series of live performances, panel talks, immersive workshops and installations all in celebration of London’s iconic music scene; both upcoming and well established artists. Following hugely successful festivals in New York, Tokyo and Sau Paulo, Red Bull turned the spotlight upon London for the four-week long festival. One of the main events across the festival was Red Bull’s annual presence at Notting Hill Carnival, in which they teame 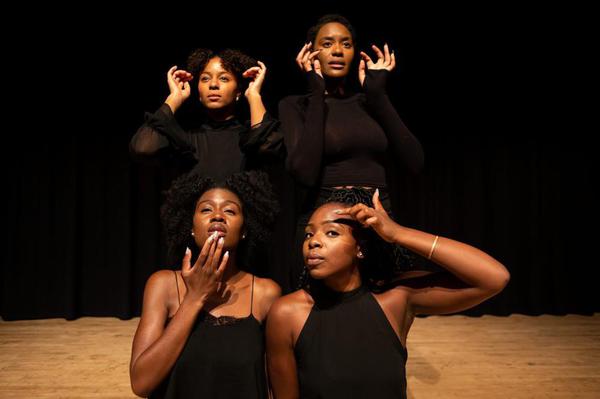 This week, the award winning “Queens of Sheba”, presented by Nouveau Riché [@infonvrch] and Omnibus Theatre [@omnibustheatre], is making a return to the stage. The play will be going on a 10 venue national UK tour from 26th September – 29 November. I spoke to director Jessica Kaliisa about Queens of Sheba, and why it’s a must see for all audiences. Could you please introduce yourself, and how you came to collaborate with Nouveau Riche? “My name is Jessica Kaliisa, I am a theatre director but I 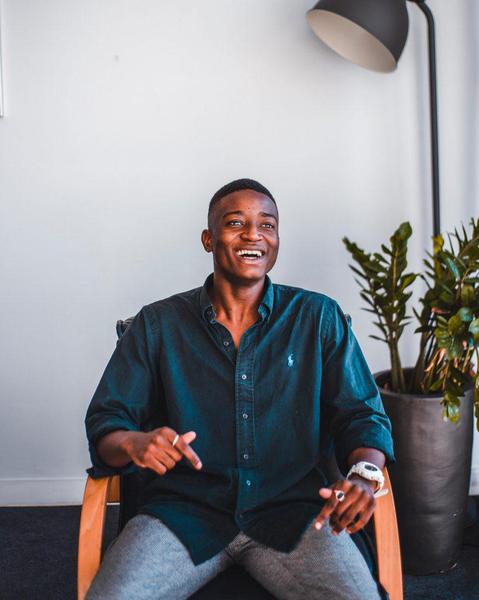 Could you please introduce yourself, how you initially gained an interest in comparing the infrastructures within the UK and Zimbabwe? “I’m Hlanganiso Matangaidze, a 22 year old Impact Technology Entrepreneur. I was born in Zimbabwe, a country which still to this day faces many economic, political and social problems. I moved over to the UK at the age of 5 when Zim really started to go downhill. Moving to the UK not only gave me a better standard of living but a better education and resources t 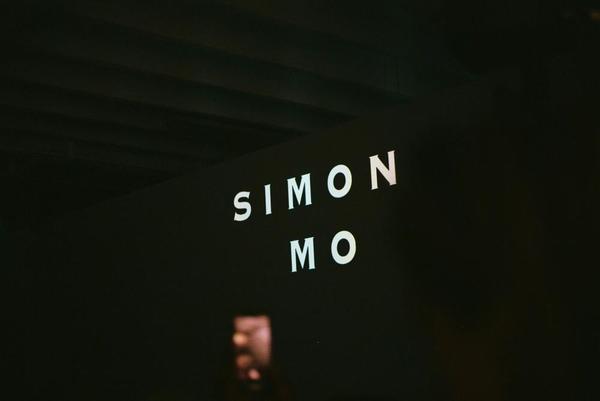 LFW19: Simon Mo on the Inspiration Behind his SS20 Collection

Fashion Scout, the largest independent showcase for upcoming fashion talent brought their carefully curated selection of emerging fashion pioneers to London Fashion Week 2019. One of the featured designers was Taiwan-born Simon Mo, who showcased his latest SS20 collection. What was your inspiration behind your SS20 collection? “For this season, I read a book about the affects of light pollution, and how it effects everyones life. Not many people are aware of it. I wanted to create a collection 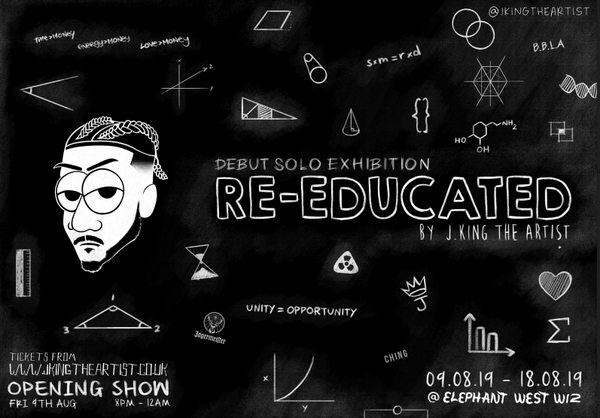 J King: West London Based Artist and Curator of RE-EDUCATED

Please introduce yourself and how you initially got into producing art? “My name’s J. King. I’m an artist from West London, Ladbroke Grove. I initially got into art at a young age and have always loved drawing. I was on and off it while growing up but then decided to do it full time after graduating from Uni. I began sharing my work on social media and started getting a really positive response so decided it was time to take the leap of faith and go for it.” What does Re-Educated mean for you 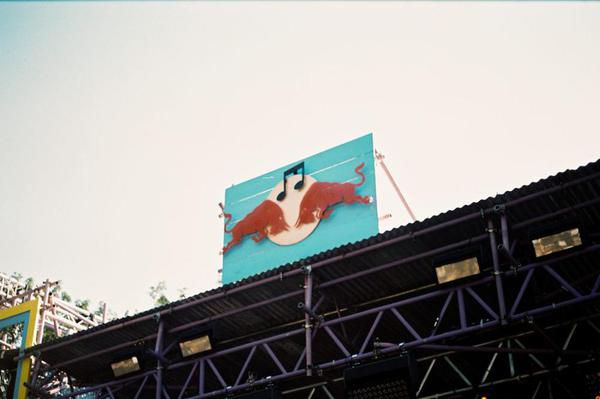 This year Notting Hill Carnival celebrated its 53rd anniversary, whereby over a million people came together in W11 for the largest street festival in Europe. Over the Bank Holiday weekend thousands of floats, sound systems and bottles of rum are consumed in a cumulative celebration of Caribbean culture. In the midst of the euphoric atmosphere, it’s easy to forget the foundations of the festival, and what exactly it represents. In the 1950s, workers from Jamaica, Trinidad, St Lucia and other Ca 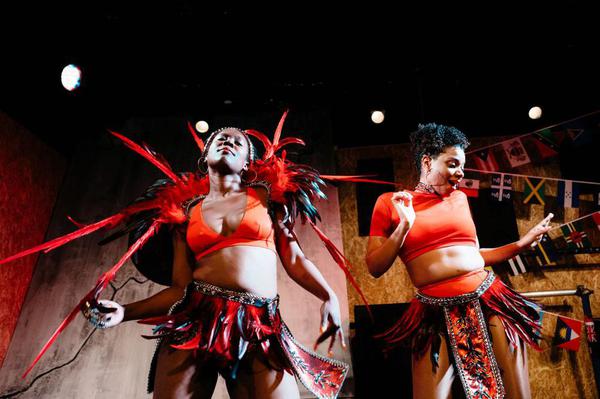 J’Ouvert is Yasmin Joseph’s debut play, as well as Rebekkah Murrell directorial debut. The play explores the history and politics behind the tradition of Notting Hill Carnival, as well as the lived experience of the Black British woman. J’Ouvert is set in Notting Hill Carnival, but goes beyond this context in its exploration of how spaces in society are manipulated and manned. The potential of J’Ouvert is immense. If Saphire Joy, Sharla Smith and Annice Boparai can bring carnival to life on the 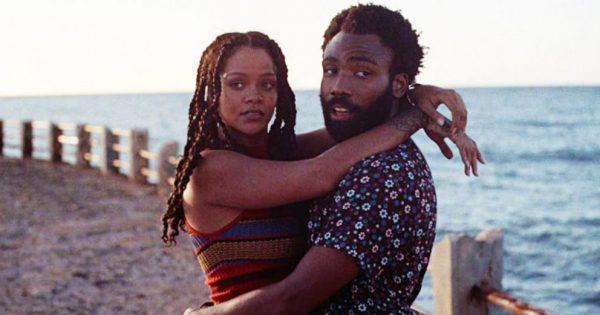 Guava Island: A Review in Retrospect

A Review in Retrospect takes a look back as arts, culture, tv and film related events from the past through a retrospective lens. Guava Island was released in April 2019, exclusively on Amazon Prime, the latest of Donald Glover’s projects. The short-film, directed by Hiro Murai, debuted at Coachella – the afternoon before Glover’s headline performance. The screening featured exclusive merch, product as well as his latest Adidas collaborative show, all available to festival attendees. The build- 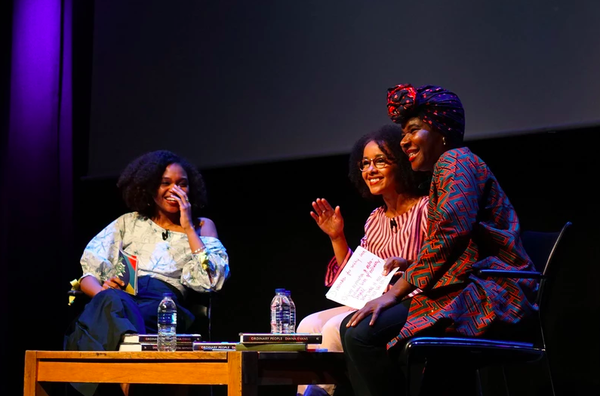 ShoutOut Network is an inclusive podcast network based in South London. Established in 2014, the network was the catalyst for the huge surge in Black British podcasting with award-winning shows like Melanin Millennial and Mostly Lit. ShoutOut Network grew rapidly and has become one of the leading voices on diversity within the audio and broadcast industry as well as creating physical space for creators from underrepresented backgrounds to come and create their podcasts for free. In May 2019, S 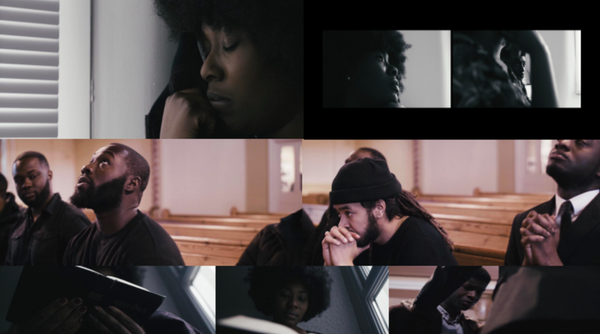 'Runnin': Fred Fredas' exploration of the impact support networks have upon mental health

Fred Fredas is an artist based in South East London, his Runnin’ is the fourth track of his latest EP In the Search For Love. The song, and short film which accompanies, explores the effect our support networks have upon male mental health, particularly family and religion. Runnin’ touches on the effects of toxic masculinity and the importance of being there for one another. The short film is written and directed by Fred, and co-directed by Aaron Imuere and Post Carlton. I spoke to Fred about h 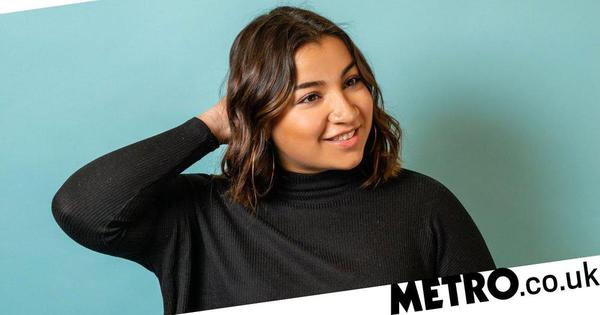 Mixed Up: 'I spent a large part of my life wishing I was just one race' 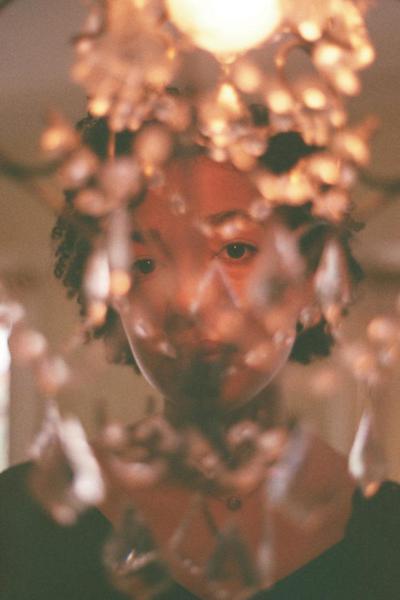 Please introduce yourself, and how you got into filmmaking? “My name is Djenaba Davis-Eyo and I’m a writer and film director as well as an all round visual artist. I was interested inturning stories into moving images when I was young; filming my dolls as actors but never really took it seriously at first. Later on, I wanted to combine all my creative strengths into one format, and film could combine art, music, writing and photography into one place. So I started learning filmmaking from Youtu
Load More Articles
Close ✕